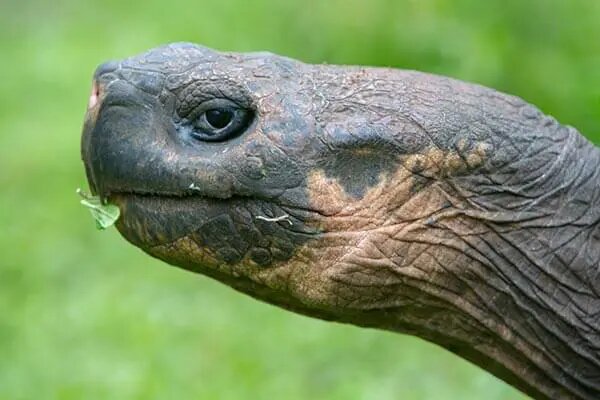 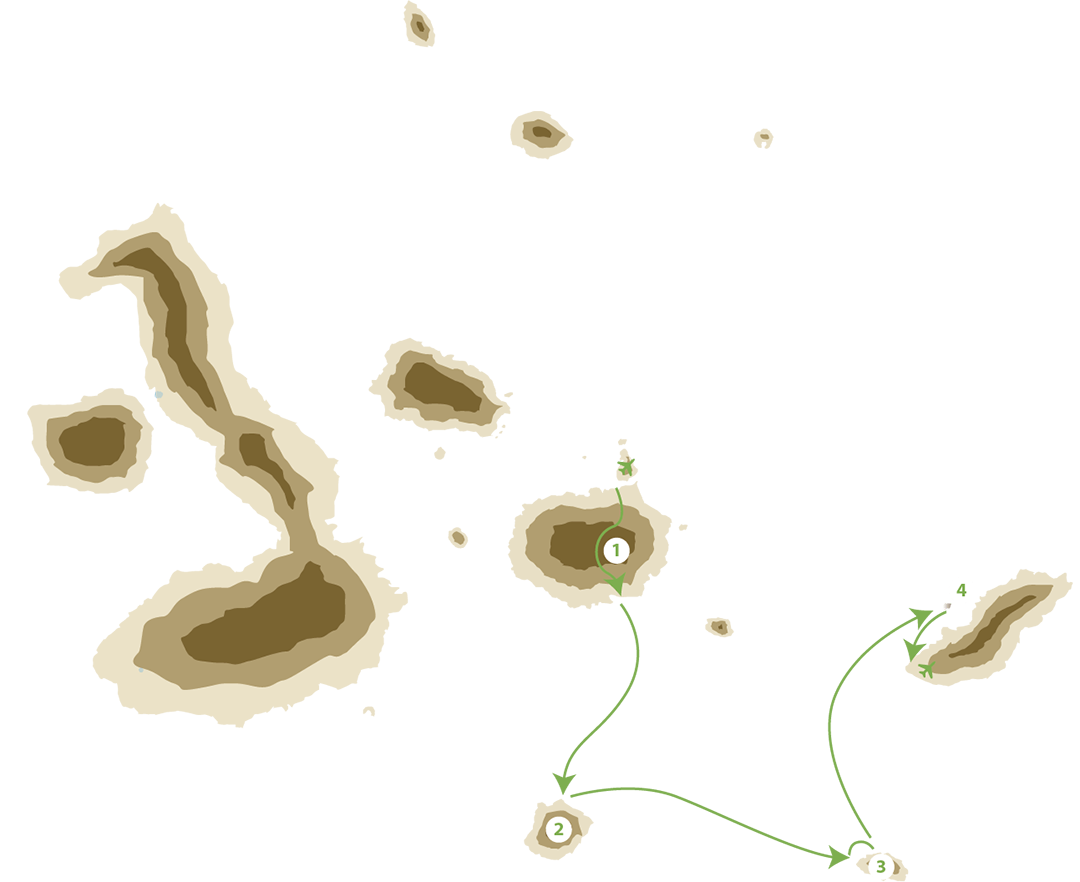 A US$20 per person transit card is payable on departure at Quito Airport and a US$100 per person national park entry fee is payable on arrival on the islands. Please have cash on hand for these transactions as credit cards can be time consuming.

On arrival in the Galapagos, you collect your luggage and meet the cruise guide at the arrival’s hall. First you need to take the bus from the airport to the dock. Our guide will provide you the ticket for this. On arrival to the dock you will then take the Ferry to cross the Itabaca Channel and get from Baltra to Santa Cruz Island. We then head to the Highlands of Santa Cruz for our first Galapagos adventure.

Beginning at the coast in the northern part of the island, we travel across Santa Cruz through the agricultural region and into the misty forests where we can see the unique Scalesia cloud forest, dome-shaped giant tortoises in the wild, different species of Darwin finches and possibly the world famous woodpecker and warbler finches, as well as vermillion flycatchers. Today we will enjoy lunch in the highlands.

This afternoon we travel to Puerto Ayora, where we are then transferred to our boat, the Grand Daphne. Once on board, you will be assigned your cabin, meet the crew members and get to know better our guide and the group. 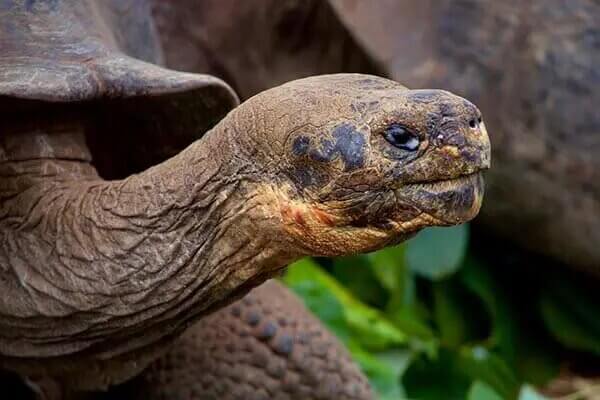 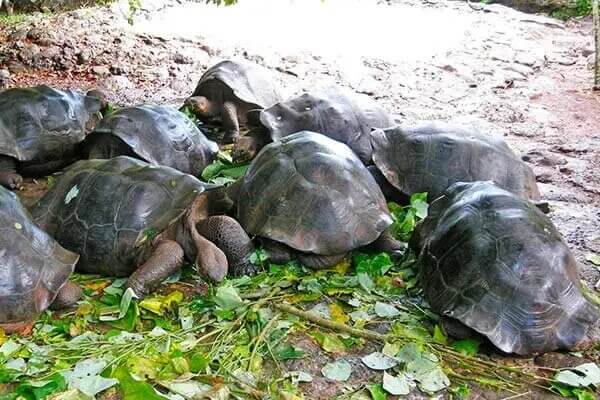 Discover the quirky maritime history of Post Office Bay, which has the oldest postal system in the Americas. Steeped in history, in 1793 a post office barrel was erected for mariners to post their mail and assist in delivery of mail to the United States and Europe.

It was simple, a sailor leaves a letter with its destination and to whom it goes and take a letter from another sailor if he is going to that letter´s destination. This custom continues today with Galapagos visitors leaving letters and postcards to be collected by the next passing boat. Send one of your own and check if there are any you can deliver back home. Snorkeling and enjoying a panga ride are activities also included in this outing.

We go ashore at Punta Cormorant where the sand is made up of fine olivine crystals, a glassy volcanic mineral, giving the beach an olive-green color. It is the best place to see Galapagos sea lions. Today is also one of our finest opportunities to see pink flamingos and other water birds wading in the lagoons, including pintails and stilts. The walk continues to a white flour sandy beach to an Eastern Pacific green turtle nesting site. Young diamond stingrays are commonly found in the shoreline and enjoy the view of the turquoise crystalline ocean.

Just offshore, the famous Devil’s Crown is an old eroded volcanic cone and a popular roosting site for seabirds such as boobies, pelicans and frigates. Red-billed tropicbirds can also be seen nesting in the rocky crevices. The center of the cone is an outstanding snorkeling spot and many people find this one of the best snorkeling experiences of their trip. We might see rays, sharks, sea lions and turtles. 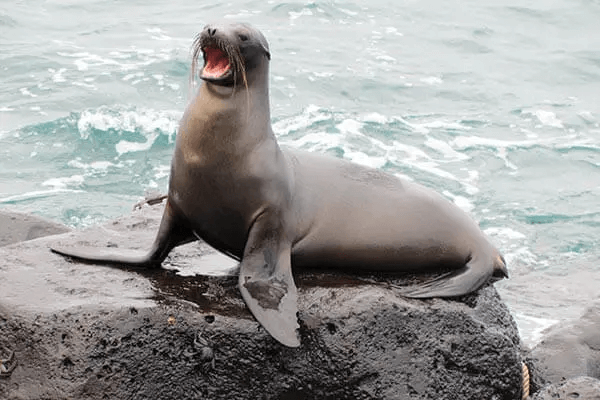 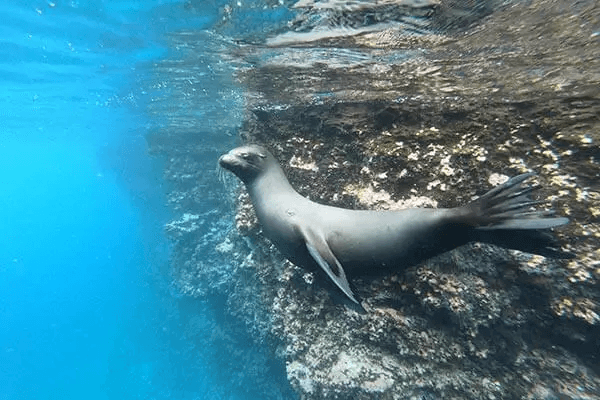 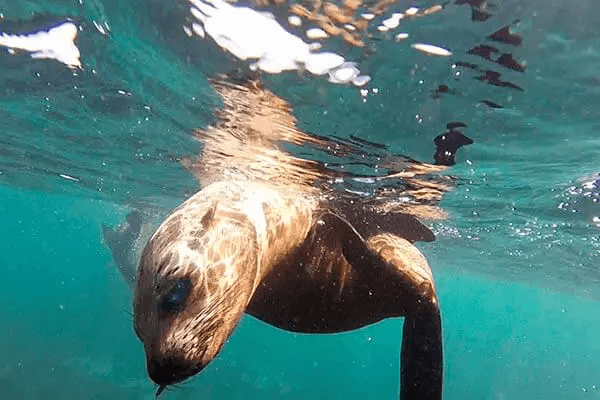 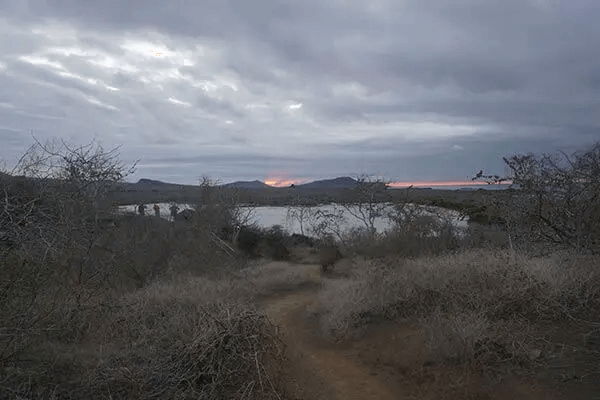 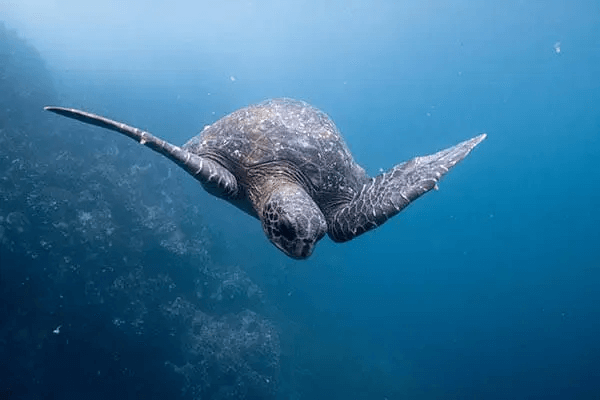 Today we cruise to the island of Española - the southernmost island of the Galapagos and one of the most spectacular ones. Because of its remote location this island has a large population of endemic fauna. It is the breeding site for nearly all of the world's 12,000 pairs of waved albatrosses and also home to colonies of blue-footed and masked boobies. Trails from the golden beaches, where sea lions bathe and marine iguanas make their way towards the water, lead us right through the middle of booby colonies, and Galapagos doves and mockingbirds are also often seen.

We land in Suarez Point, one of the most attractive locations in the Galapagos and home to large and varied wildlife population - a walk along its trails takes us to a cliff top viewpoint, where we gain a magical panorama. Keep in mind that the terrain is uneven, so it is recommended to use appropriate footwear. Boobies line the rocky shoreline beneath us, while frigate birds may be seen overhead; nearby enormous male sea lions can be seen lounging and albatross use the cliffs as their ‘runway’, helping become airborne by the southeast winds that blow across this part of the island. If we’re lucky we’ll see the elaborate courtship rituals performed by albatrosses before the female chooses her lifelong mate. You may see marine iguanas throughout many of the islands in Galapagos, but none like the marine iguanas in Española, also called “Christmas marine iguanas”, with a red and green variation combined with its black color, it makes them unique and only possible to see here.

We then head to Gardner Bay which is considered by many as one of the most beautiful beaches in the Galapagos Islands and full of sea lions and hood mockingbirds. Enjoy the beach and do some snorkeling which could be great for playing with sea lion pups and lots of different type of fish. The rocks off the coast provide excellent snorkeling opportunities, with reef sharks, turtles and many species of tropical fish, including surgeon and angelfish, often seen. The small white-tipped reef sharks are also often spotted resting under the rocks. 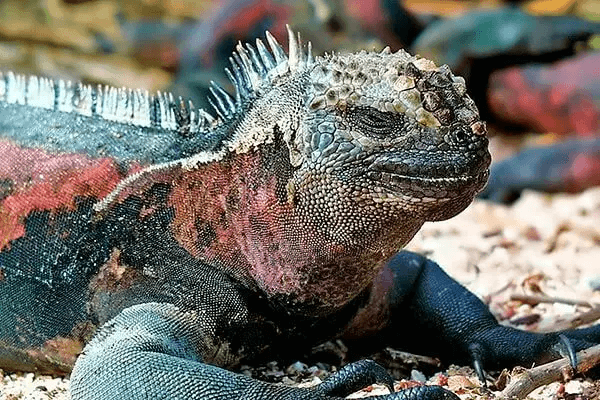 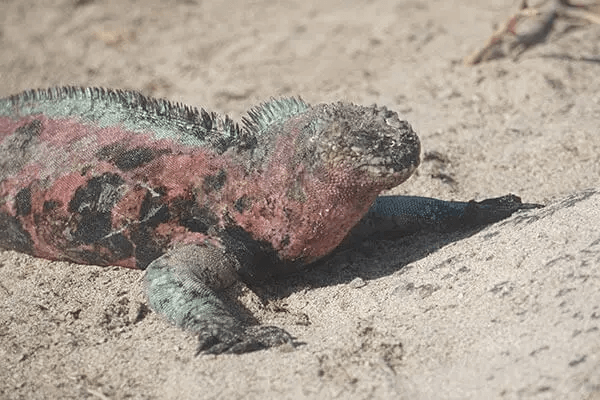 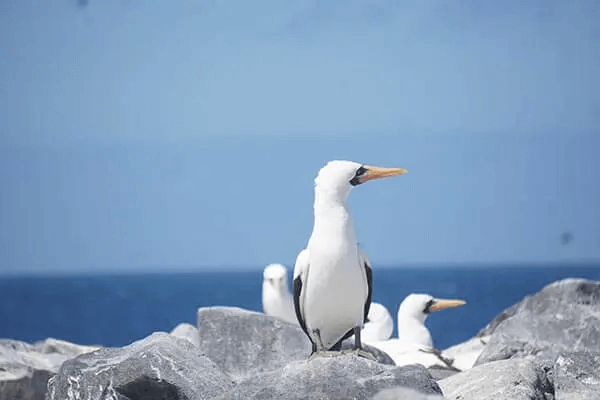 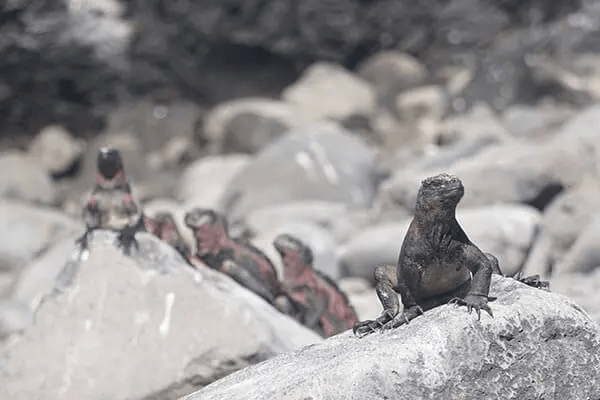 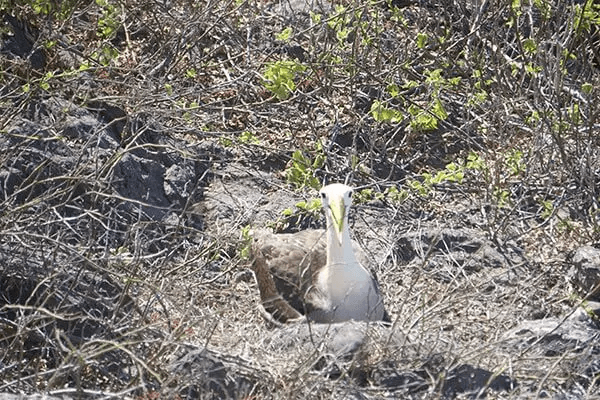 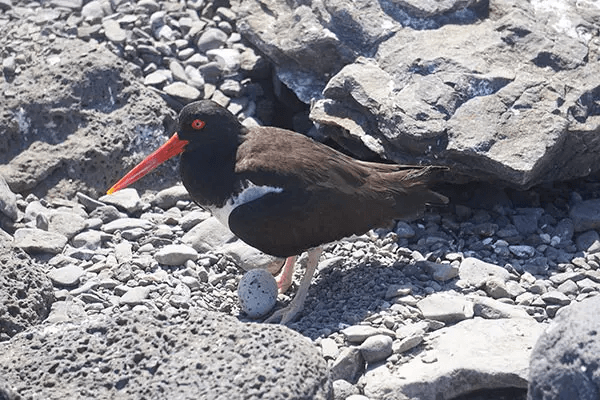 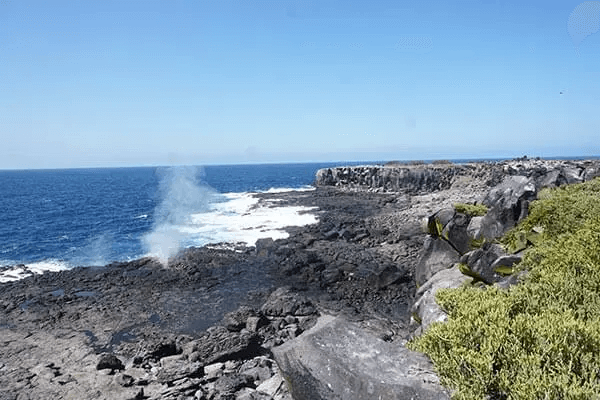 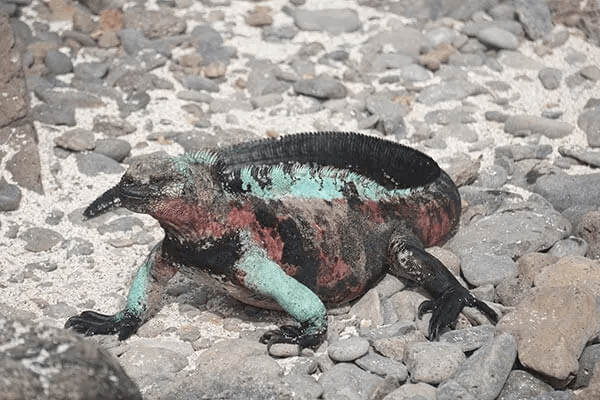 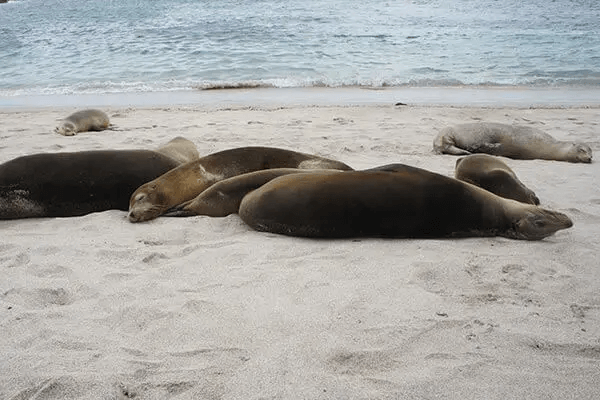 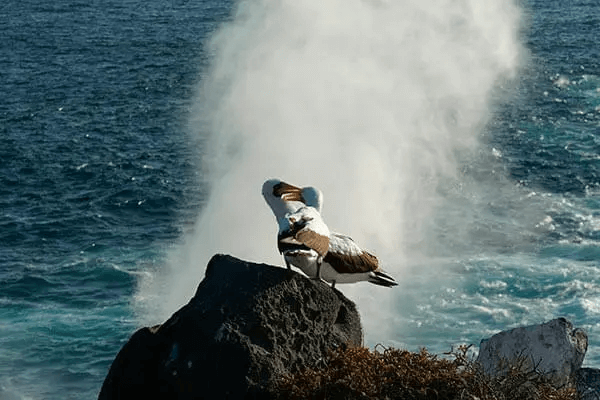 As flights to the mainland from Galapagos depart mid-morning, it is an early start for our last morning on the islands. Depending on the time of our flight, our time spent on this final excursion could be limited.

Kicker Rock (Leon Dormido) is the magnificent basalt remains of a crater in the middle of the sea, the shape resembling a sleeping lion. The rock rises 150 meters above the surface and is divided into two parts by a narrow channel. We cruise through the channel, with nesting seabirds on either side of the boat, tropic birds overhead, marine iguanas in the water and resting on the rocks and many sea lions also present.

Snorkeling give us the opportunity to see Galapagos sharks, and with some luck even hammer head sharks among sea turtles and an incredible biodiversity of invertebrates on the wall.

Sadly, all good things must come to an end and we say farewell to the Galapagos Islands. We head to the airport for our mid-morning flight back to Guayaquil or Quito. 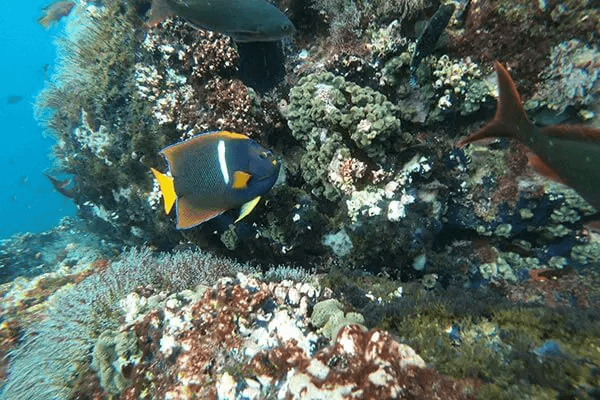 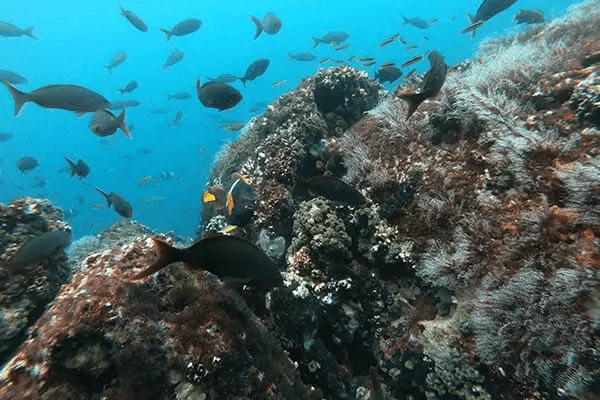 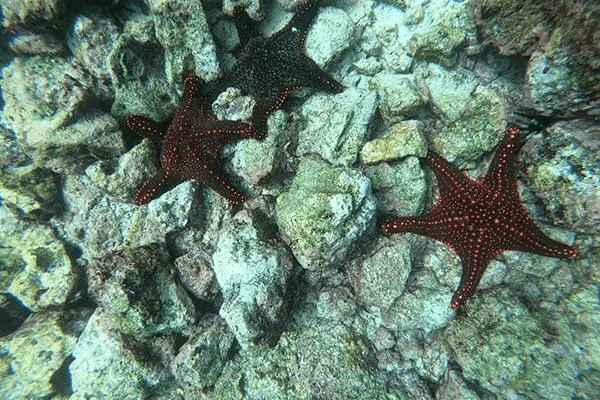 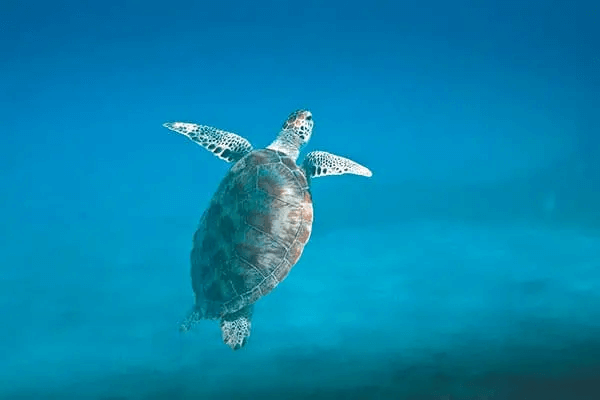 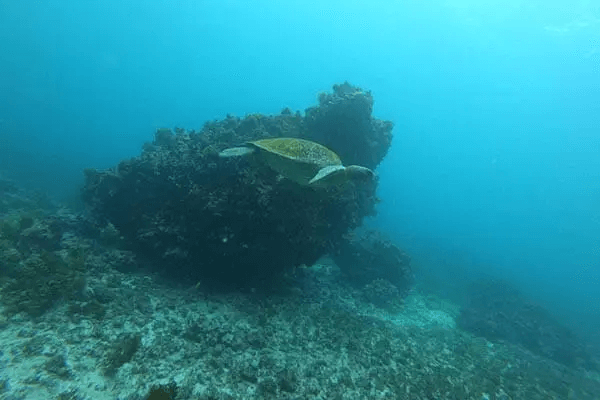 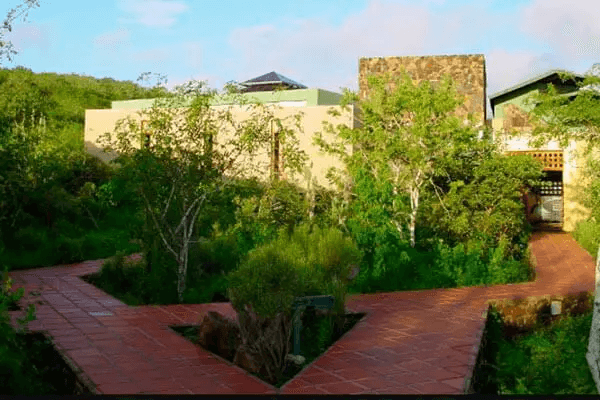